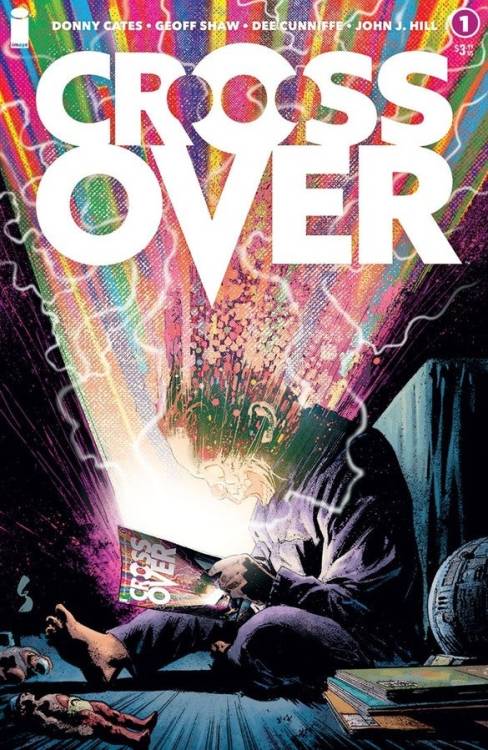 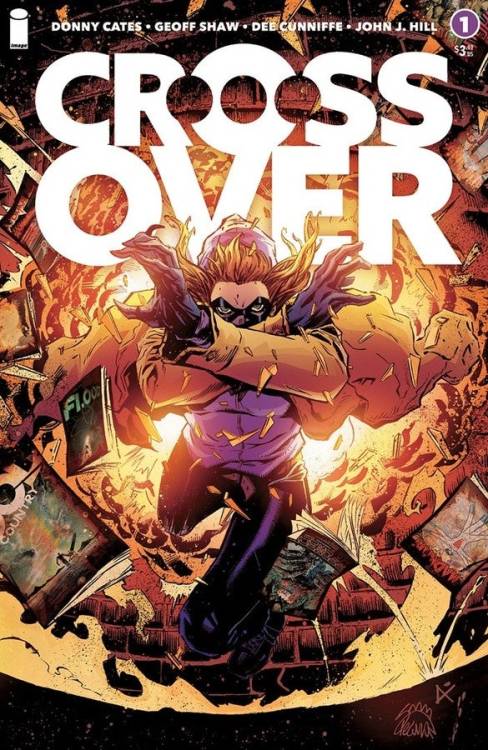 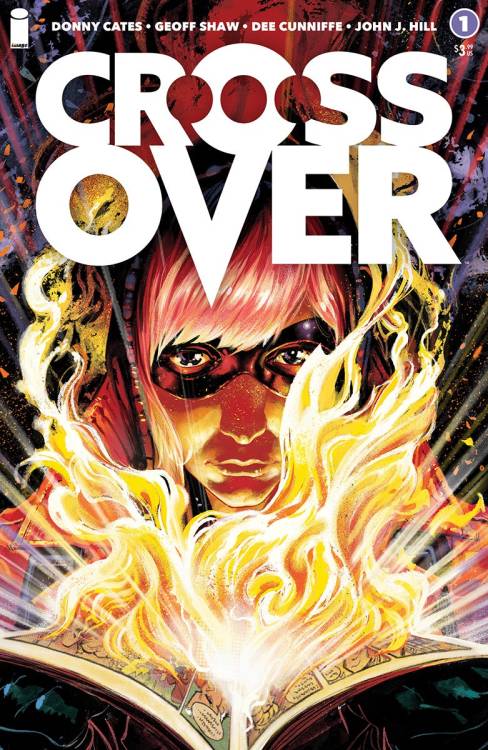 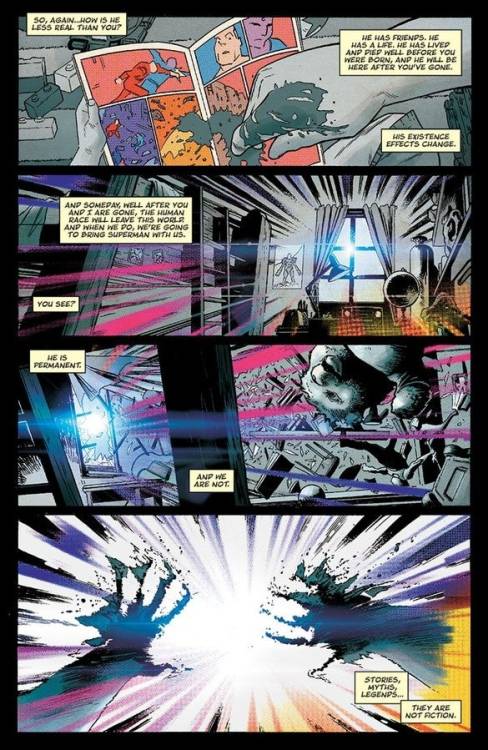 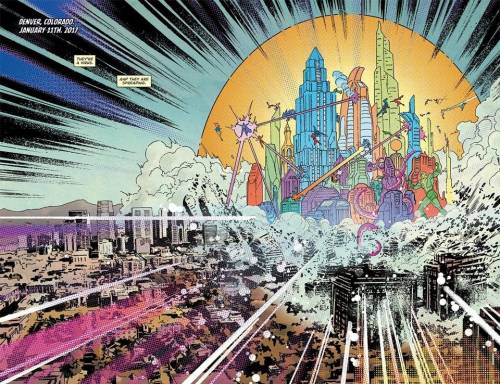 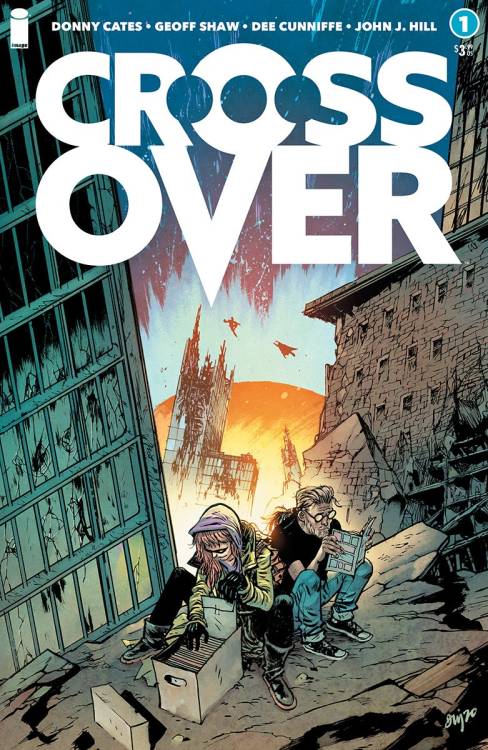 Images, text and interview below are provided by IGN:

Crossover focuses on a comic store owner named Ellie, who along with the rest of the world is forced to come to terms with the fallout of a major comic book crossover story bleeding into the real world. In this new era, the lines between fiction and reality have vanished entirely, and Ellie will be drawn into an epic quest. The creative team are billing the story as a mashup between The Avengers and Cloverfield.

“The thing I’m most excited about with this book is that….I honestly don’t know if it’s going to work or not!“ Cates told IGN. “We wanted to recreate that feeling we all had when we were twelve reading that first wave of Image comics in the early nineties. Where anything felt possible, and you had no idea what was coming with each turn of the page. Here’s hoping people dig it. We’re having a blast!”

“Crossover is like nothing you’ve ever read, and that’s why it has been so thrilling (and somewhat scary) to make!” said Shaw. “As an artist I couldn’t ask for more. It’s high concept, but charged with relatable, fun characters, and loads of heart! We have a creative dream team and a huge story you won’t soon forget!”

“There are so many twists, turns and holy $#!+ moments in the first few arcs it’s tough not to drop spoilers,” added letterer John J. Hill. “All I can say is you’re definitely in for a treat, no matter what your genre of choice is.”