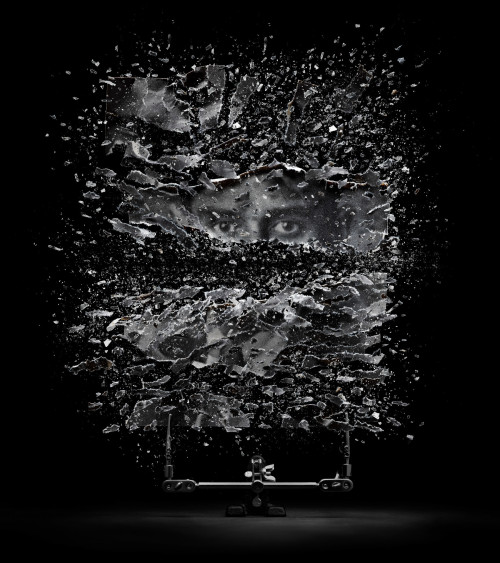 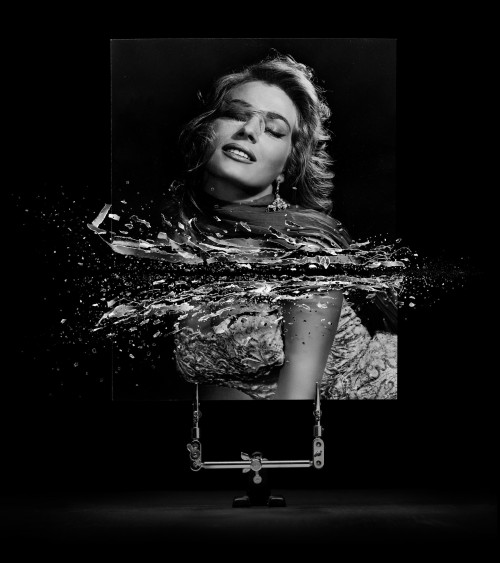 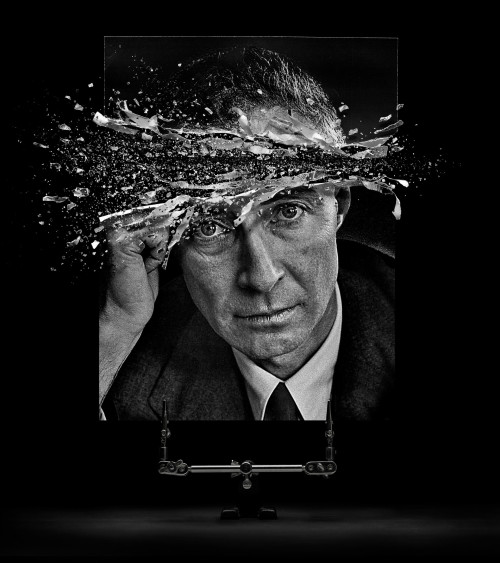 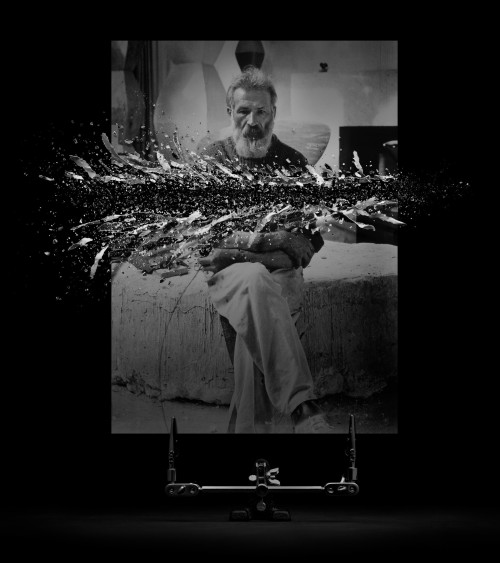 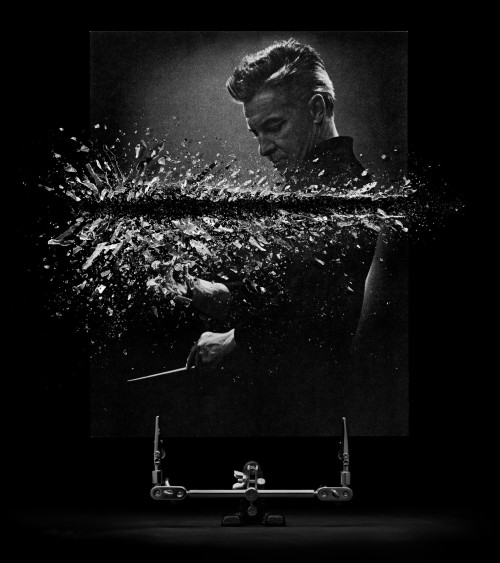 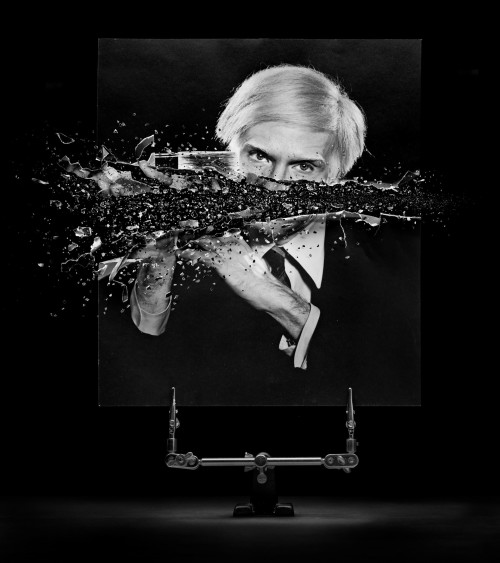 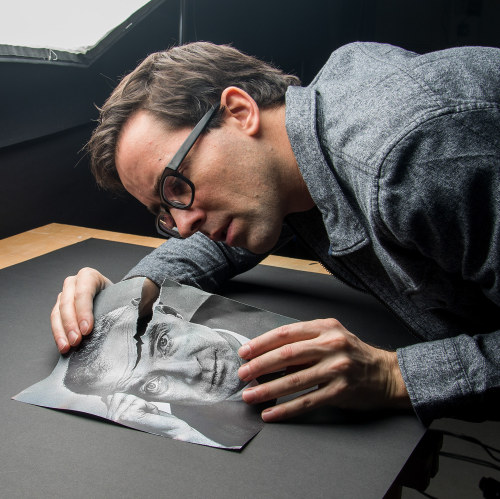 The Explosion Collages are an ongoing project, in which Oefner examines our perception of reality through photography. Each work depicts a portrait photograph being torn apart by a gunshot. What seems to be a genuine image of an ephemeral moment is in fact just an illusion: The artist creates these works by capturing thousands of fragments of the original print and diligently arranging them into a new piece. Oefner`s meticulous precision ultimately results into a hyper realistic illusion, that shows a a real, yet non-existing moment in time.

Today, where most photographs only exist in a digital realm, Oefner returns to the photograph as a physical object. The projectile piercing through the print transforms a two-dimensional image into a three-dimensional object in space. The original subject of the photograph, the portrait remains visible, while at the same time, the kinetic energy of the bullet transforms it into a new piece of art.