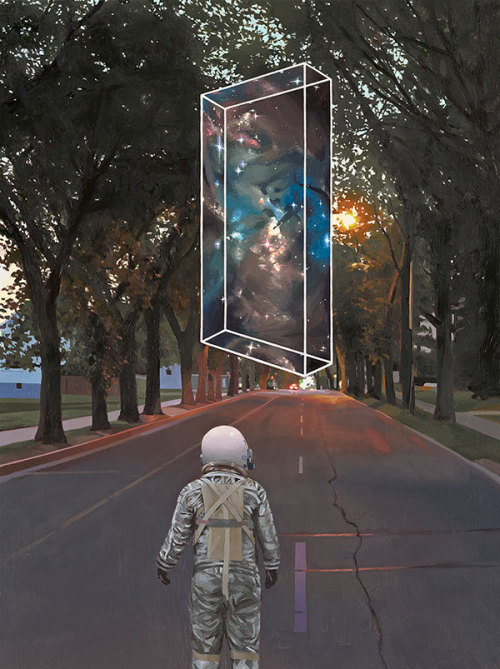 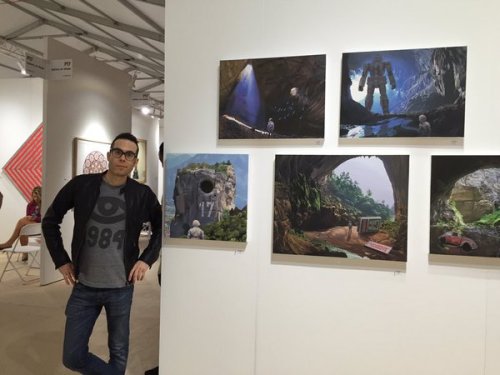 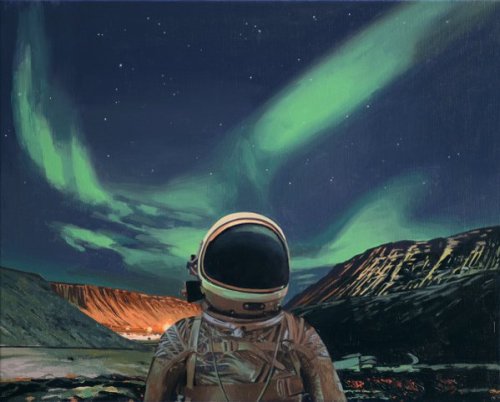 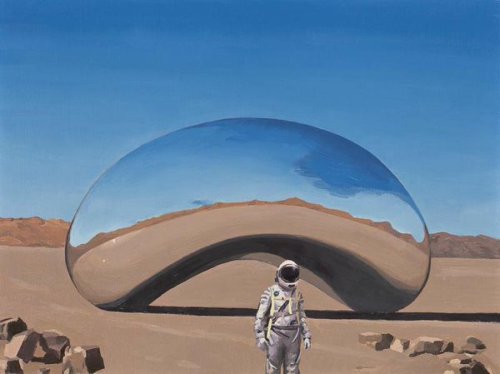 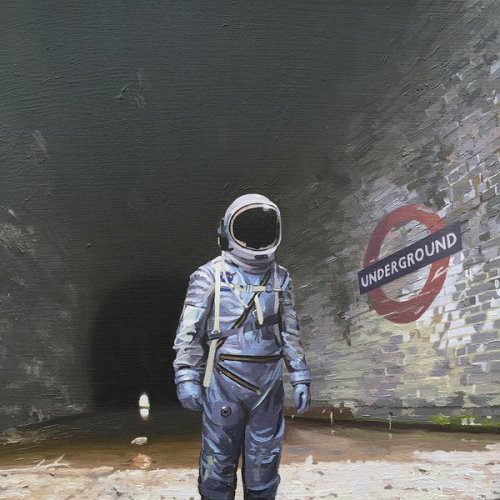 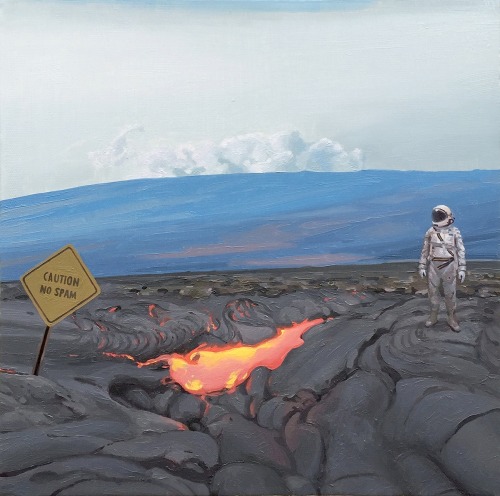 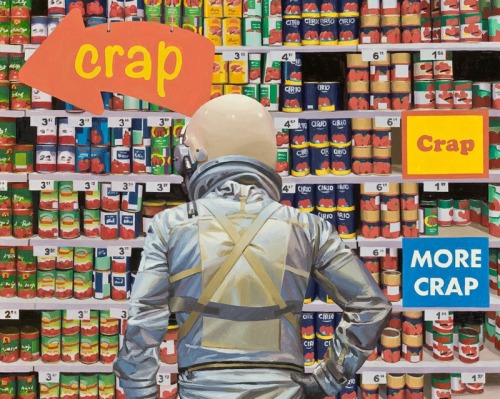 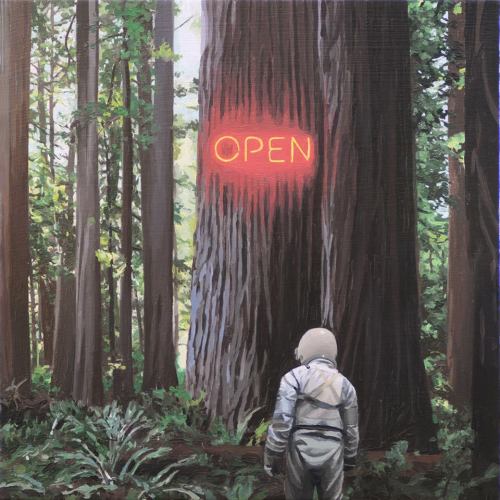 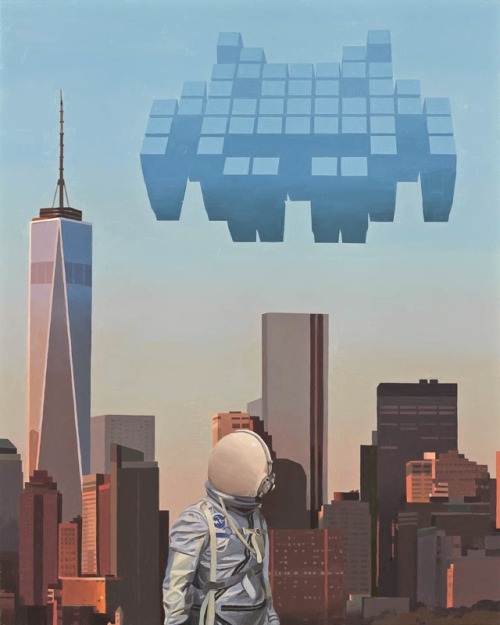 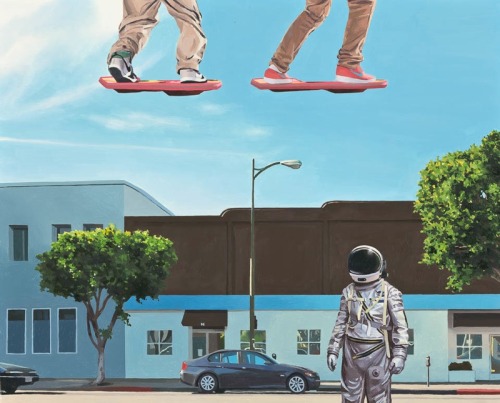 Scott Listfield (b. 1976, Boston, MA) is known for his paintings featuring a lone exploratory astronaut lost in a landscape cluttered with pop culture icons, corporate logos, and tongue-in-cheek science fiction references. Scott studied art at Dartmouth College, which was maybe not the brightest thing to do. After some time spent abroad, Scott returned to America where, right around the year 2001, Scott began painting astronauts and, sometimes, dinosaurs.
Follow him on Twitter or if you love this series order prints through his Society6 shop.