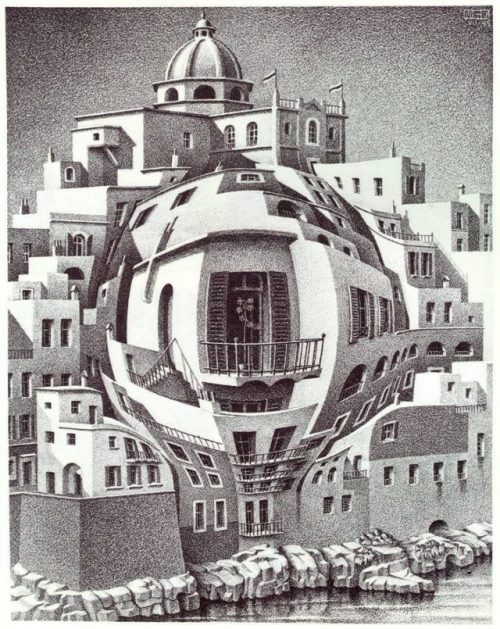 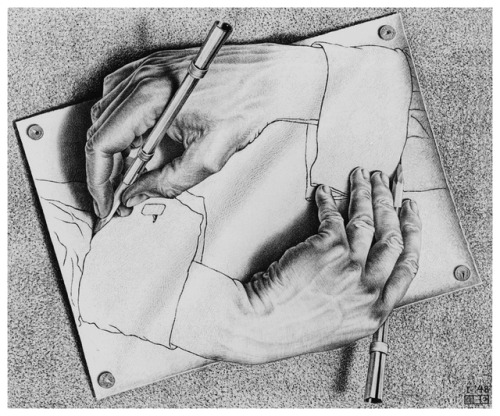 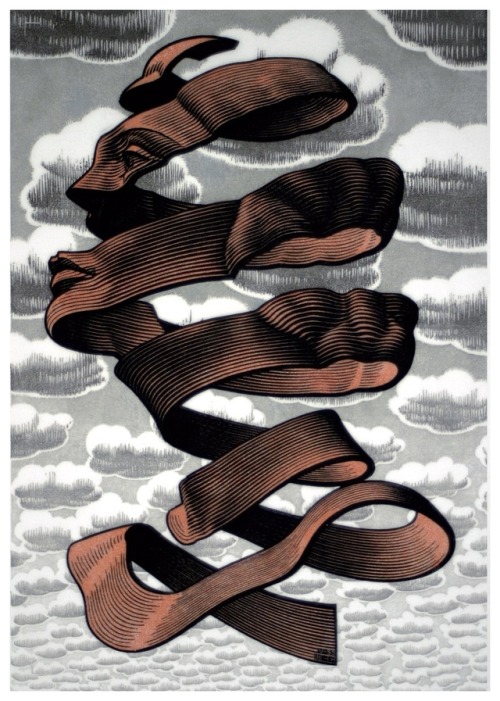 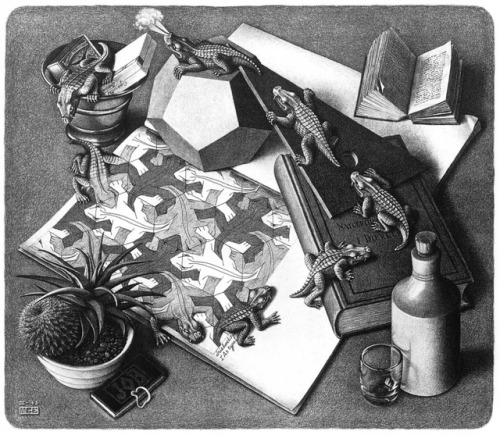 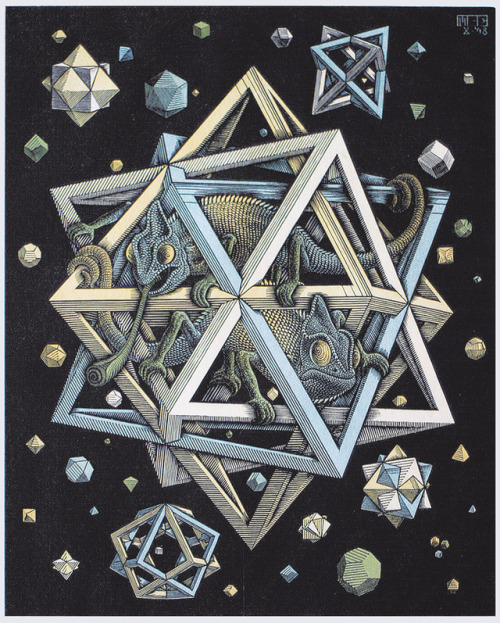 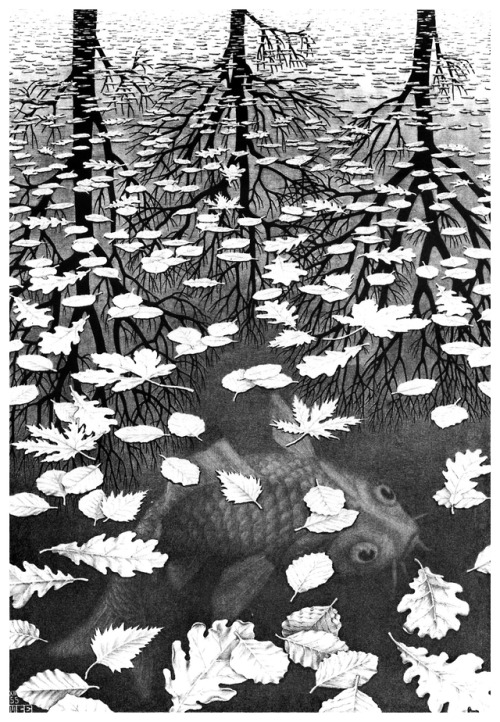 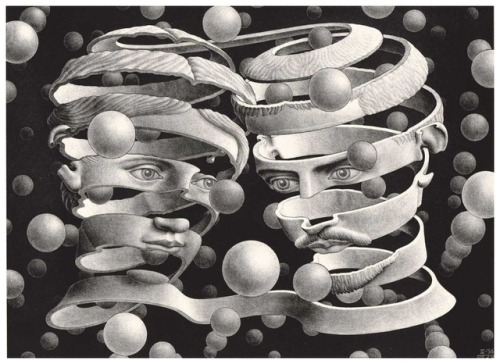 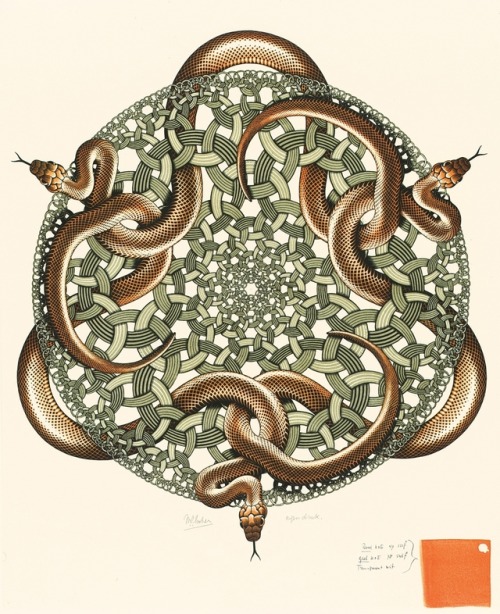 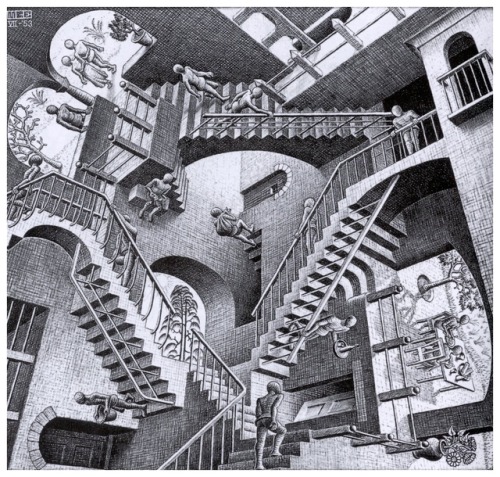 Maurits Cornelis Escher (1898 - 1972) was a Dutch graphic artist who made mathematically-inspired woodcuts, lithographs, and mezzotints. Despite the wide popular interest, Escher was for long somewhat neglected in the art world, even in his native Netherlands. He was 70 before a retrospective exhibition was held. In the twenty-first century, he became more widely appreciated, with exhibitions across the world. His work features mathematical objects and operations including impossible objects, explorations of infinity, reflection, symmetry, perspective, truncated and stellated polyhedra, hyperbolic geometry, and tessellations.

Art not only for connoisseurs. Posted by Margaret from tu recepcja via