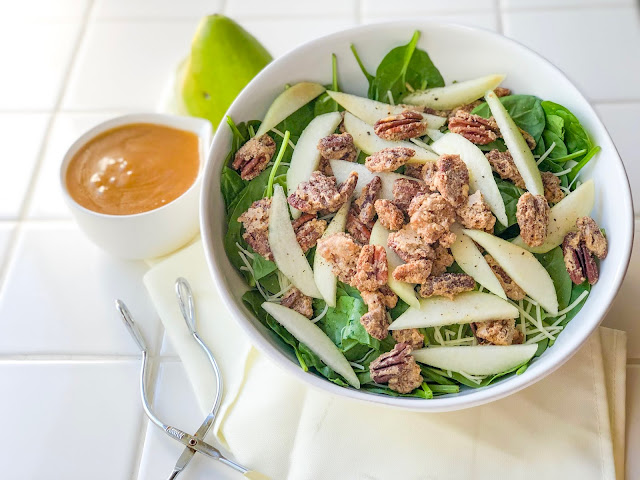 This Pear & Cinnamon Pecan Salad is the perfect blend of savory and sweet! Made with fresh pear slices, cooked chicken, the most delicious homemade candied cinnamon pecans, and a homemade cinnamon vinaigrette dressing to tie it all together. Make it with me! 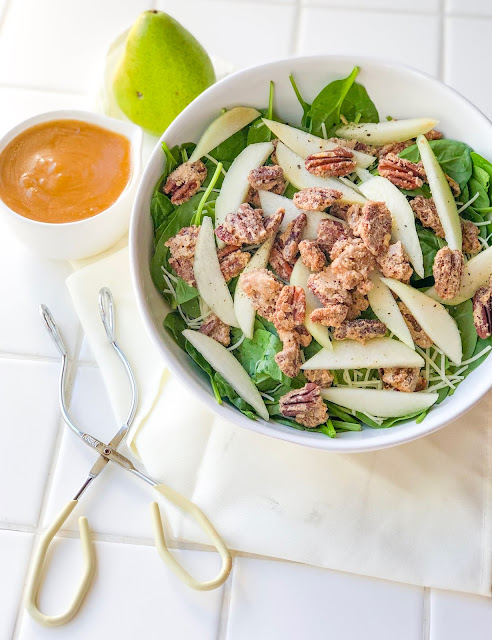 The key ingredient to making this salad really delicious is making the Candied Cinnamon Pecans! They are a real treat!! I always make a large batch of the nuts so I can have them on a hand for a couple of weeks! They are great added to salads like this, or just plain as a snack! 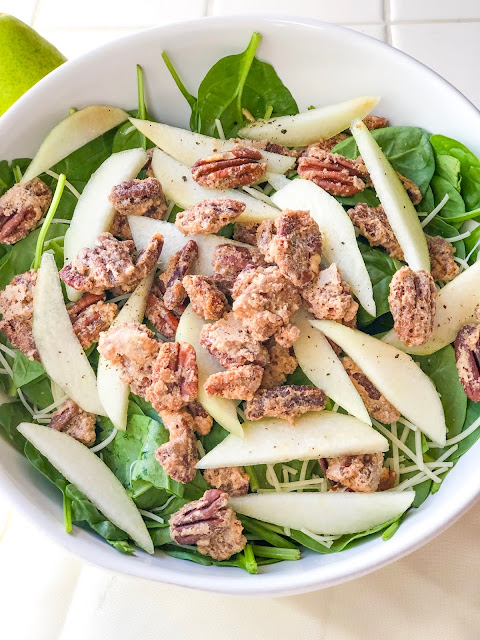 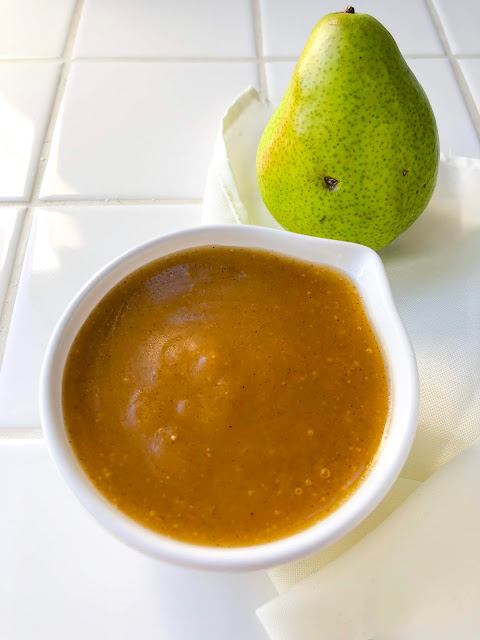 This recipe is the perfect salad to transition from Summer into Fall! Pears are in season here in Utah in September! It's the perfect blend of savory and sweet. 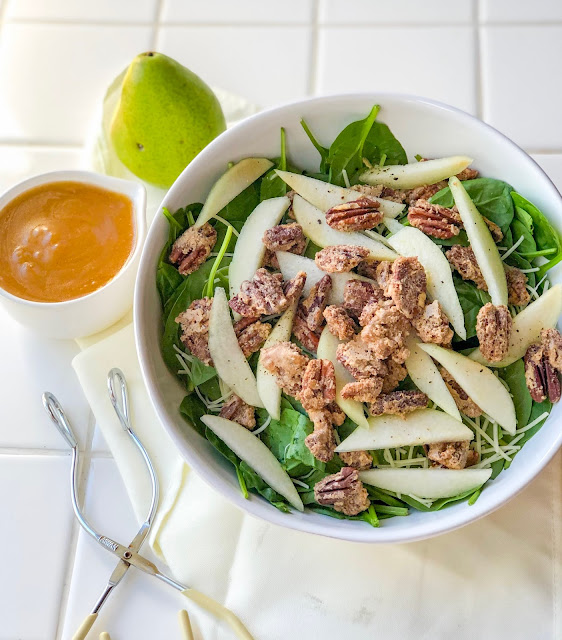 2. Whisk or blend all the dressing ingredients together. If dressing is too thick, add additional oil until it thins to desired consistency.

3. Layer spinach, chicken, pears, cinnamon pecans, and parmesan cheese in a large serving bowl. Serve with the Cinnamon Vinaigrette Dressing on the side. 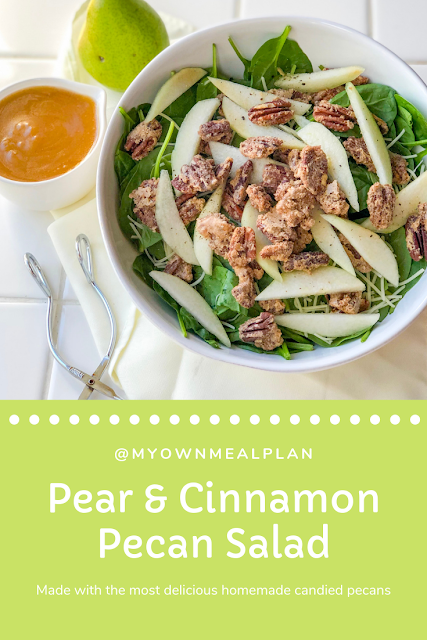