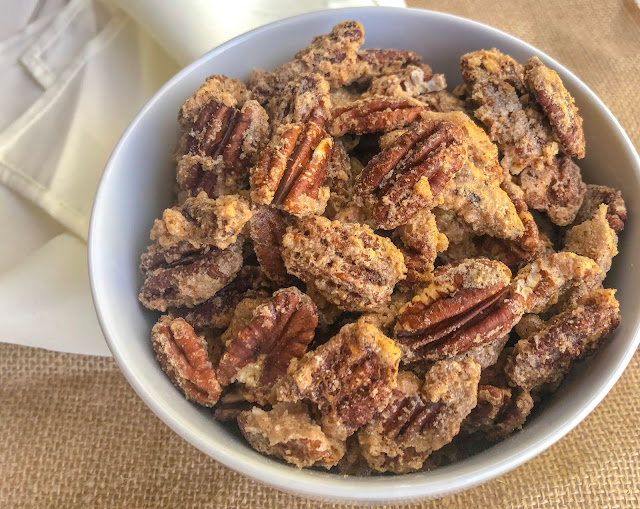 THE BEST Cinnamon Candied Pecans! Crunchy, sweet, and totally delicious!! Perfect for on the side snacking, as a topping in salads, or to bag up and give away as gifts! Make it with me! 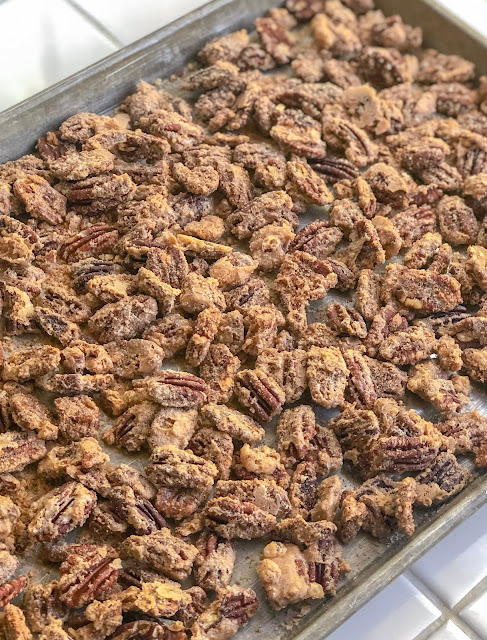 This Cinnamon Candied method can be used on any nut! Almonds, peanuts, cashews, or pecans! 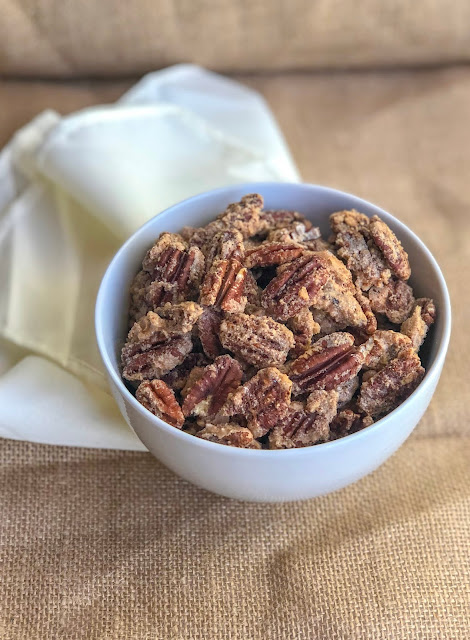 My favorite salad to use these candied pecans in is my Pear & Cinnamon Pecan Salad. This recipe is a must try! Everyone who tastes it, loves it! 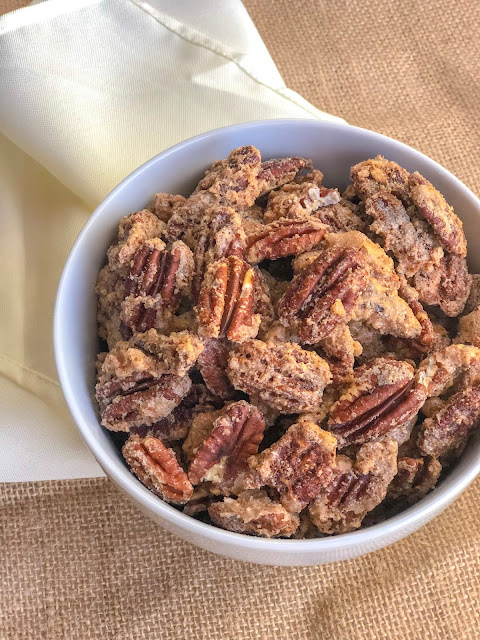 Line a baking sheet with parchment paper or non-stick foil.

Whisk the egg white, vanilla and water with a fork in a large bowl until frothy.

Add the pecans to the egg white mixture and stir until they are well coated.

Mix the sugar, cinnamon and salt in a large ziploc bag. Pour the pecans into the ziploc bag, seal and shake until well coated with your cinnamon/sugar mixture.

Spread them out on your prepared baking sheet into a single layer.

Bake for 45 minutes, stirring every 15 minutes.

Allow to cool completely. Store in airtight container for up to two weeks.
Like this recipe and want to save it for later? Pin it to Pinterest here! 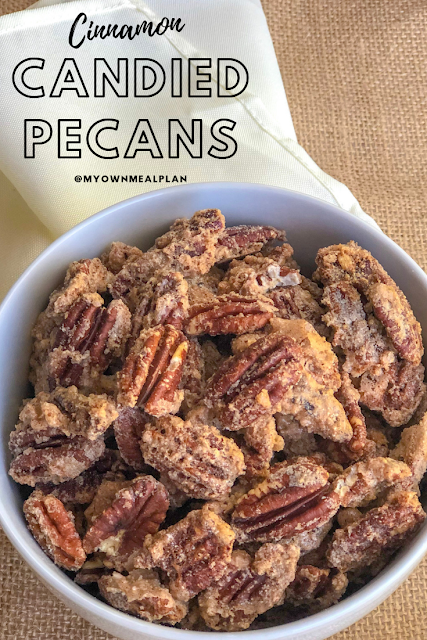