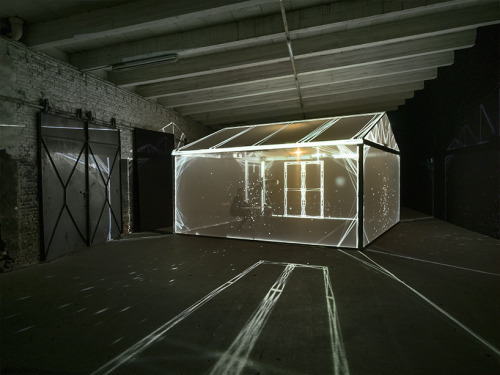 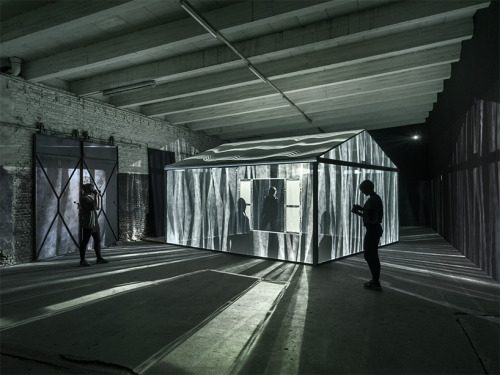 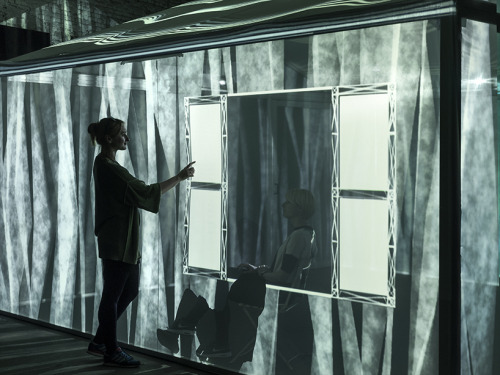 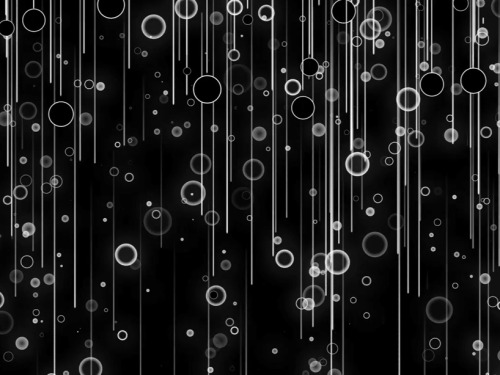 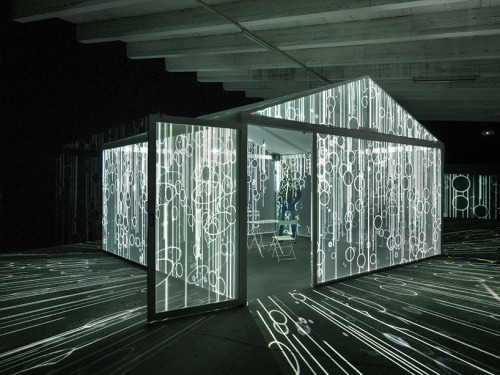 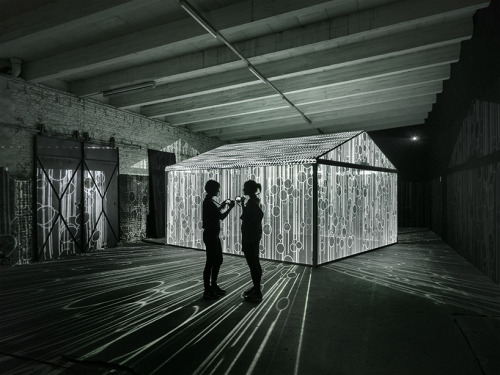 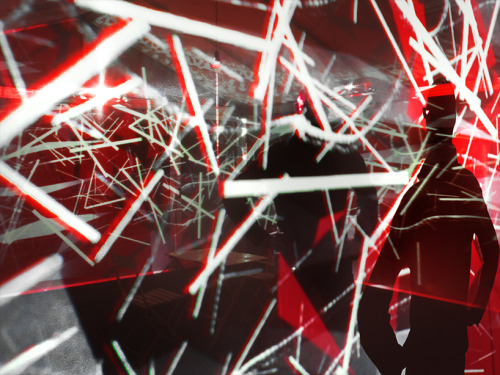 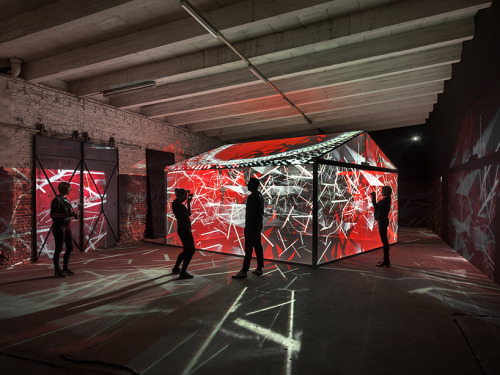 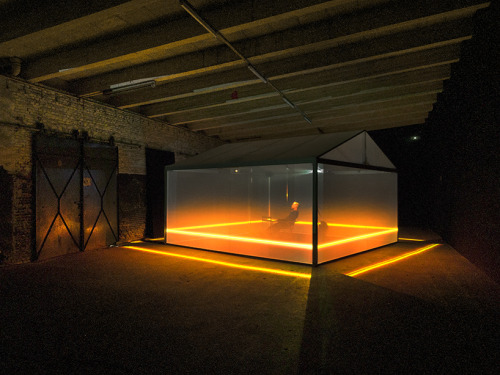 Leigh Sachwitz’s installation ‘INSIDEOUT’ invites the viewers to experiment a storm within a greenhouse illuminated by bright projections. presented for the first time in hamburg, the piece has been shown in Munich, Vienna, and now is travelling from Paris to Amsterdam. flora&faunavisions is proud to be responsible for the complete process of the art installation, artistic direction as well as for the video design. the sound was created by the award-winning composer, musician, and producer Andi Toma, who is one of the founding members of the breakthrough electronic music collaboration mouse on mars.the 360° multimedia installation is composed of an aluminium framework that resembles a greenhouse, with translucent walls, where the rain is projected. the project aims to explore the house as a safe place from nature’s forces. the sound plays a big role as it guides the visitor into an experience where a big storm hits the house, making the participant feel vulnerable and exposed, as it dissipates, bringing the calm and feelings of safety. The piece has been received with open arms throughout the international press and can be seen and experiences at the latest version of the ‘Olympus photography playground‘ in Amsterdam. the exhibition runs from December 10th until December 20th, open from 11am to 8pm, and on Friday and Saturday until 11pm.

Thanks Designboom ( Plus Video )