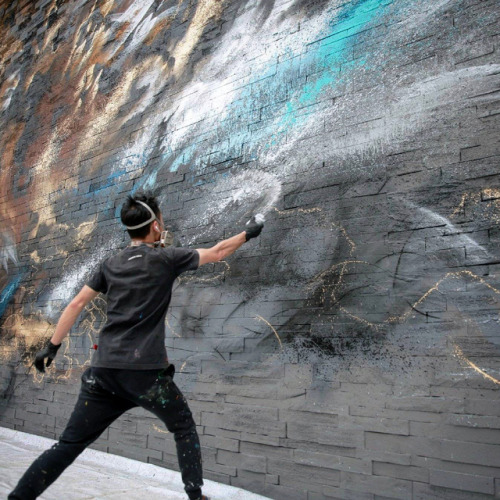 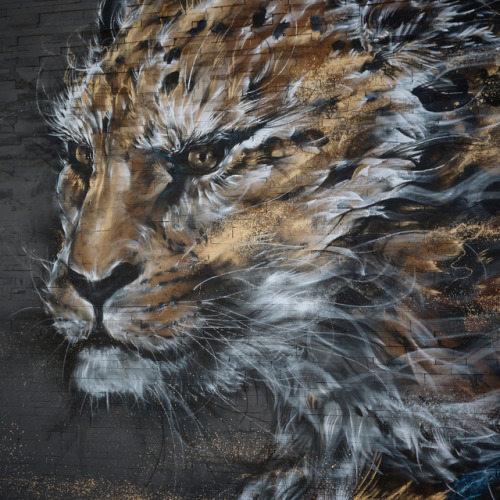 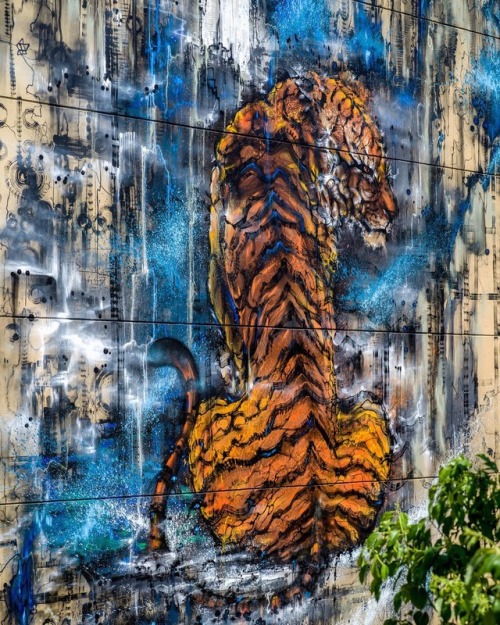 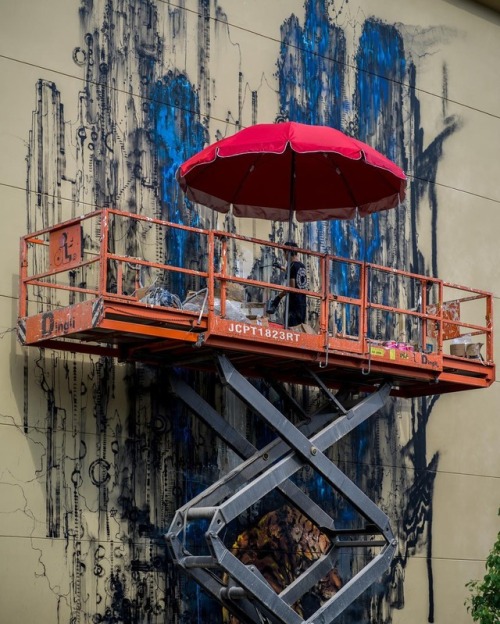 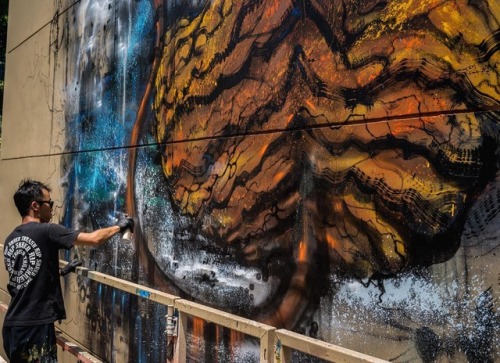 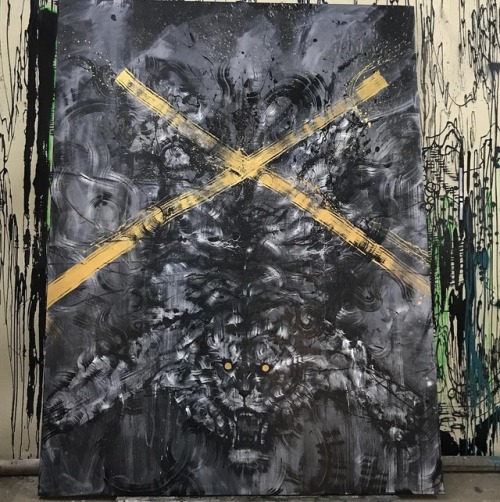 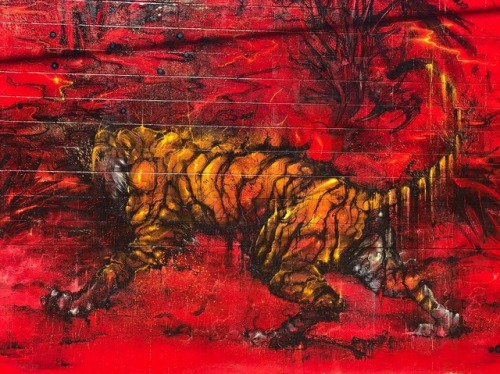 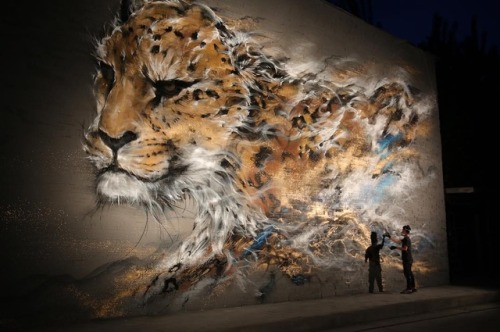 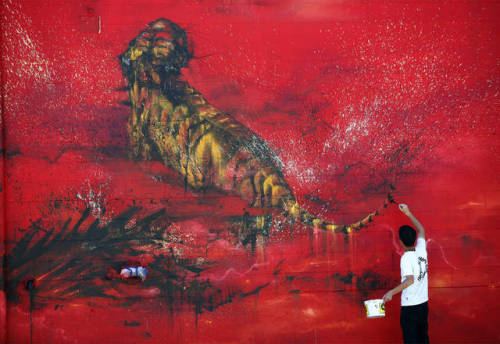 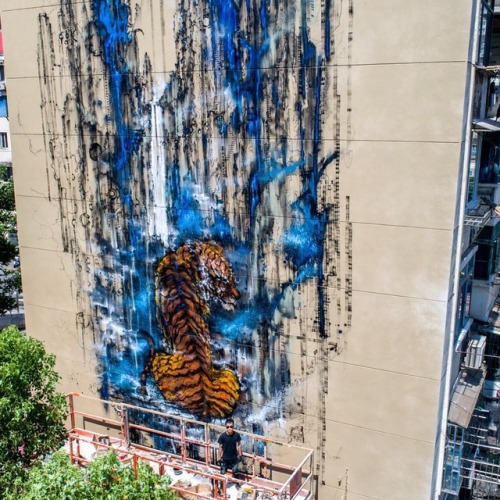 Hua Tunan was born in 1991 in Foshan, China. He left the country to study graphic design at the Raffles Design Institute in Singapore, but he said the coursework bored him. When he saw street artists spray-painting the sides of alley walls and old buildings, he tried his hand at the craft. He said the technique reminded him of ink wash painting, an ancient Chinese art form similar to calligraphy that his father taught him when Tunan was a young boy.

“When I use the spray paint, I can think it’s like a Chinese brush,” he said.

He has since developed his own unique style that blends Western graffiti with Chinese brush strokes, using the spray paint to mimic ink splashes. Companies from Adidas to Louis Vuitton have used Tunan’s work for advertisements.

posted by tu recepcja via