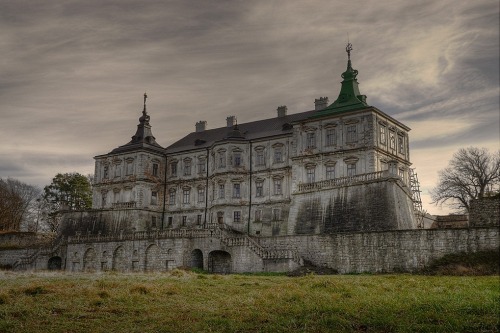 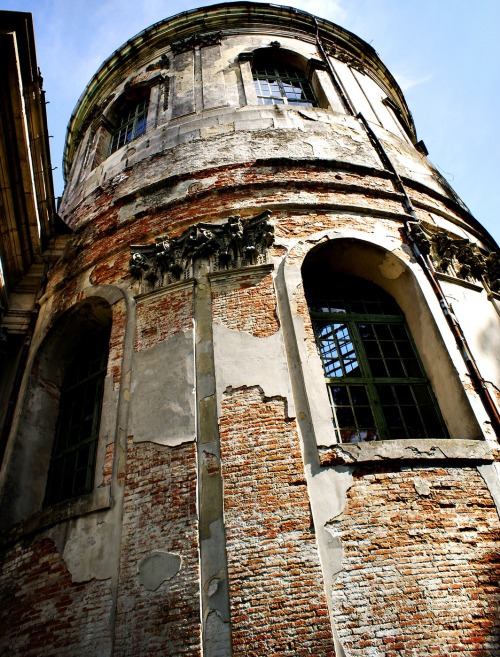 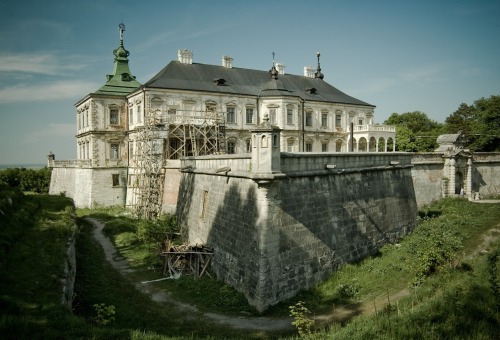 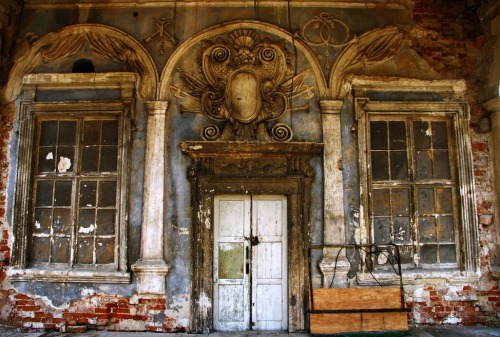 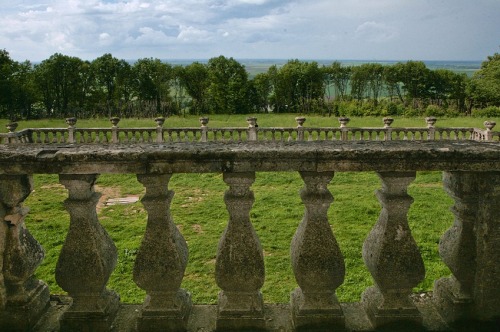 Pidhirtsi Castle - The exterior was built with brick and stone. During the 17th century it was surrounded but vineyards and gardens, and had a grange, apiary, private zoo, a mill, and a trout pond. It was guarded by a moat with a drawbridge, fortified walls with bastions and iron cannons. At the entrance there is a marble plaque that reads in Latin: ‘A crown of military labours is victory, victory is triumph, triumph is rest’. The interior was initially richly furnished, with the western part of the castle being for guests and the eastern was private for the owners and servants. There was also a library, the Guardroom, knight’s room, and then suits with names like the Crimson Room, Chinese Room, Mirror Room, Green Room, and Yellow Room. The floors were made of marble tile and each room had a marble fireplace in it.

A lot More at —> http://www.abandonedplaygrounds.com/pidhirtsi-castle-the-abandoned-17th-century-castle-of-ukraine/